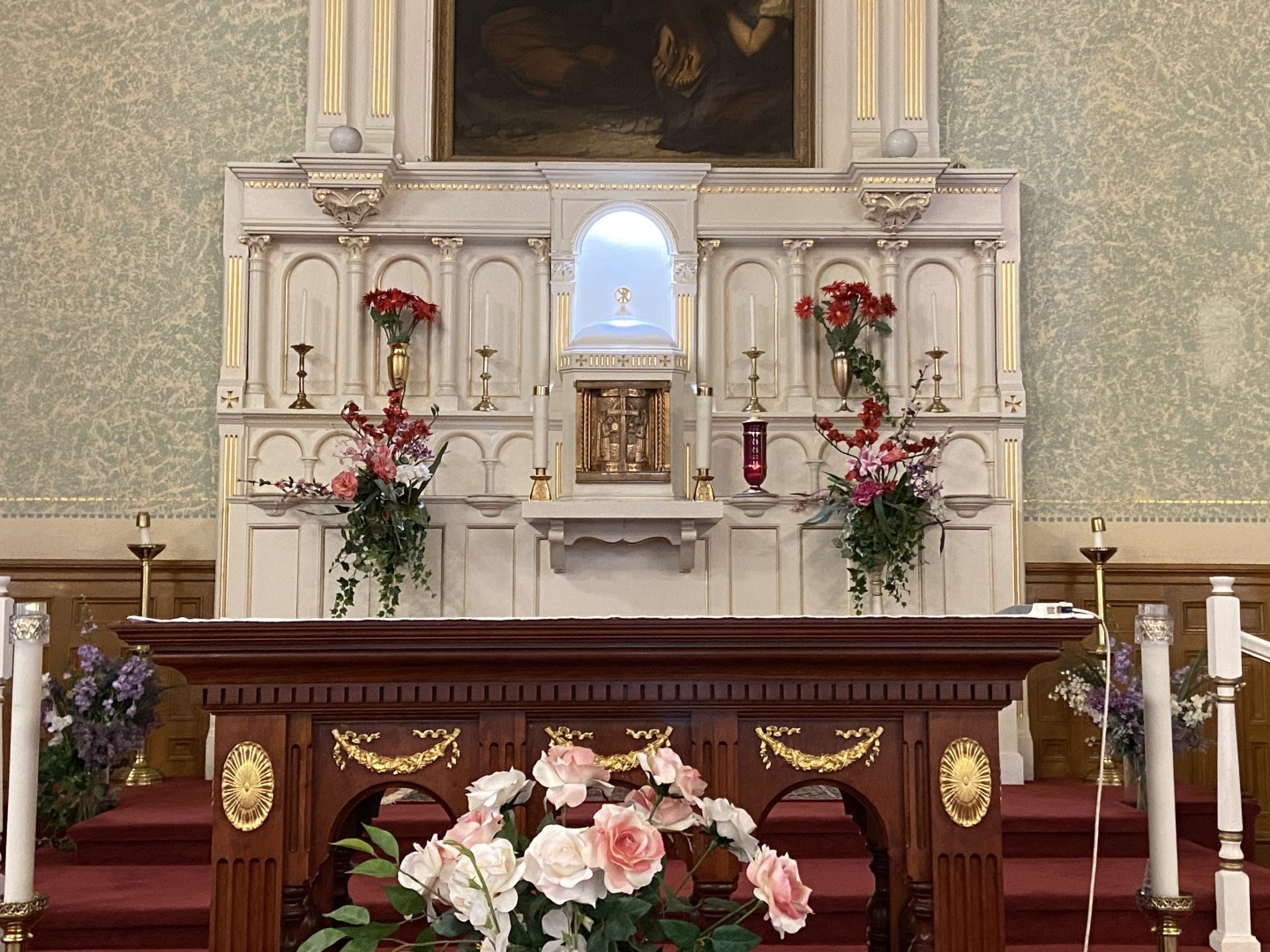 It became clear in the middle of the nineteenth century that a church was needed to serve the hundreds of Catholics in Boston’s West End, dramatically increasing with the arrival of Irish escaping the potato famine.

In 1862, Bishop Fitzpatrick had an opportunity to buy “the most elegant church in Boston.”  The Church had been built for a Unitarian congregation by Alexander Parish at a cost of $34,000.  Upon its completion, the wave of immigrants had driven its congregation away.  Thus, the building, with organ, was purchased for the diocese for $27,000.  St. Joseph’s Church was dedicated on November 9, 1862.

In 1866, the Lane estate behind the church was purchased and the building was enlarged two years later to accommodate the rapidly growing parish.  In 1870, more land was bought behind the church for the rectory.

By St. Joseph’s 50th Anniversary in 1912, there were electric chandeliers, frescoes, and stained glass windows, and the altar of the Sacred Heart was dedicated.  The parish served 12,000 faithful, its largest number of people, at this time.

The parish population declined and was tragically eliminated by eminent domain.  In 1953, the West End was declared a slum and the city took over the area in April 1958.  The residents were slow in fighting redevelopment because they never really believed that it would happen.  Almost 10,000 people were driven from the West End, and in 1960, the only remaining structure of the West End’s eight block area was the church and rectory.  St. Joseph’s centennial in 1962 was an occasion of sorrow and melancholy.

In June of 1968.  The parish community began to be rebuilt through a series of public meetings and by converting the lower church into a Parish Hall to meet the public and welcome them to St. Joseph’s.  With little money, the people rallied together and helped restore the church.  Following renovations set by Vatican Council II, the church was reopened with all its former elegance in May, 1974.

Some of St. Joseph’s old glory was present when those who had lived in the West End returned to experience the Bicentennial opening mass in 1976 offered by the Catholic Bishop of Boston, England.  A papal flag was also presented to the church.

By the 125th Anniversary in 1987, St. Joseph’s was serving a vastly different populace than in 1862.  The patron saint of workers had once again found a congregation in the staff and visitors of the surrounding medical facilities and residents of Charles River Park and Beacon Hill. By 2011 the community had once again swelled with new parishioners and the story continues.